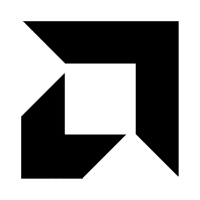 AMD Radeon HD 6970M Crossfire graphics card (also called GPU) comes in 239 in the performance rating. It is a good result. The videocard AMD Radeon HD 6970M Crossfire runs with the minimal clock speed 680 MHz. It is featured by the acceleration option and able to run up to . The manufacturer has equipped AMD with GB of 2x2 GB memory, clock speed 900 MHz and bandwidth .

The power consumption of the video card is , and the fabrication process is only 40 nm. Below you will find the main data on the compatibility, sizes, technologies and gaming performance test results. Also you can read and leave the comments.

The internal main memory is used for storing data while conducting computations. Contemporary games and professional graphic apps have high requirements for the memory’s volume and capacity. The higher this parameter, the more powerful and fast the videocard is. Type of memory, the capacity and bandwidth for AMD Radeon HD 6970M Crossfire

All API-supported AMD Radeon HD 6970M Crossfire are listed below.

All tests have been based on FPS counter. Let’s have a look on what place AMD Radeon HD 6970M Crossfire has been taken in the gaming performance test (calculation has been made in accordance with the game developer recommendations about system requirements; it can differ from the real world situations).

AMD Baffin
We may place these for analysis of our visitor data, to improve our website, show personalised content and to give you a great website experience.